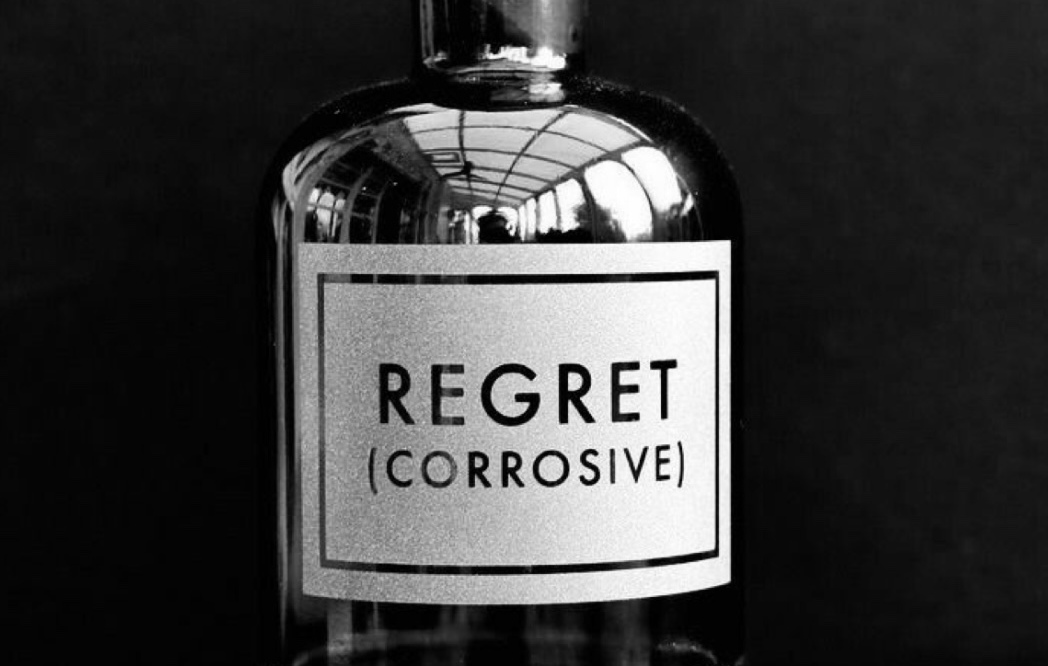 Have you ever regretted something so badly that you will always feel it in your throat or in the pit of your stomach?. I ask because I am here to confirm yes, I do.  For the same for the rest of my life, I will always regret a couple things. However, let me tell you something, I will always use it as a lesson to make better decisions for myself.

I sometimes question if these decisions we made would make us better humans or make any difference to our life?. Some of the regrets we make as humans are waking up later than usual, not eating or getting to enjoy things we really would like. We regret not being ourselves and sometimes not creating our own paths because of society and the opinions of others. We make so many mistakes that have a major impact on us as humans.

Some of the things I regret is letting things get the best of me like little excuses like not going to a bachata class but the excuse I have they won’t teach me the Dominican version of bachata. I don’t need to learn the tango bachata version. Most importantly I regret the very most is not going to Romeo Concert in 2019. This impacted me so much because as a kid I had always dreamed of going to concerts of artists that I love. Let’s backtrack on what had happened and why I couldn’t make it to the concert; A family member had connections to get us in and I genuinely thought I was going to get a ticket. Because of this I did not want to purchase the ticket; originally because I thought I would go with my family. The funny part is, I saw the person a few weeks before the concert had happened, there was a whole conversation, I specifically said this person got me  like we were good money and they said they haven’t released the tickets. So in the back of my head I’m thinking cool, say less just let me know and keep me updated. I have not heard from them at all. The same day of the concert they called my mom at the concert and I was right in front of my mom . When I tell you my heart really broke into pieces  as it fell to the ground, I was really hurt. The excuse I was told was they needed the money and I’m like money is not the issue with me I would have paid for myself and my mother, personally I took this situation as shade because the people that went with them were not paying. This concert meant the world to me and knowing I didn’t go, I learn so much because I would have not done them like that first, secondly I thought they loved me the way I loved them because they knew I wanted to go more than anything nobody knew but I was at my lowest and that concert was like my small slice, cake of happiness because I would listen to that album every single day because it released that year and to this day I still listen with a different type of pain.

During the pandemic the group Aventura made a concert during the pandemic and when I tell you I was so happy like if I was a VIP and backstage guest.  Like I said, to this very day; I learned my lesson to take chances on the things that make me the happiest. There was another event that happened this year, It was the event releasing the documentary history of bachata and Romeo santos was featured in the mini event, it was like a small museum event with a look alike bedroom of Romeo growing up in the bronx. I didn’t go because I sincerely thought I had time to enjoy it thinking they would add extra dates to the event. When I went and checked, the event had passed and there was no more bachata museum. The feeling of regret within me was the biggest of them all because this time was a free event to the public with covid safety precautions. Based on this event that happen to me the first time and sadly the second time because I did not learn my lesson Im learning to take risks on the things that makes me happy even if im feeling nervous, lonely and low on money, these are the moments that makes filled with joy because we did the things that we wanted to encountered.

There’s a couple things I regret other than not attending the concert. The other regrets I have is not believing in my dreams because I thought it was a little thing that would go away because I become interested in different things, then I completely forget about it. Also not following my intuition at the right time of placing, it has cost me a couple times because of overthinking of the thought. Also, I didn’t start my youtube journey sooner because I thought I did not have enough content to entertain my audience, becoming bored and failing at it.

Taking my old job too seriously because I genuinely did not prioritize school as much because I genuinely was annoyed at the fact I won’t be making a lot of money with my degree, due to being annoyed with the thought that I live in a capitalist country and did not want to contribute to that lifestyle yet I was broke.

These are a few things I regret that turned into lessons. Although they are regrets I do value. I just need to take faith in the journey ahead of me instead of being concerned with what could go wrong. As humans it is a natural instinct to use logic. However, we should not be slaves to our misery. If you guys in the comments below tell me your regrets that turn into wise lessons that you value till this day. Thank you so much for reading. I’ll catch you guys on the next blog post. air virtual hugs Toodles, XOXO

View all posts by ashleymerlanie