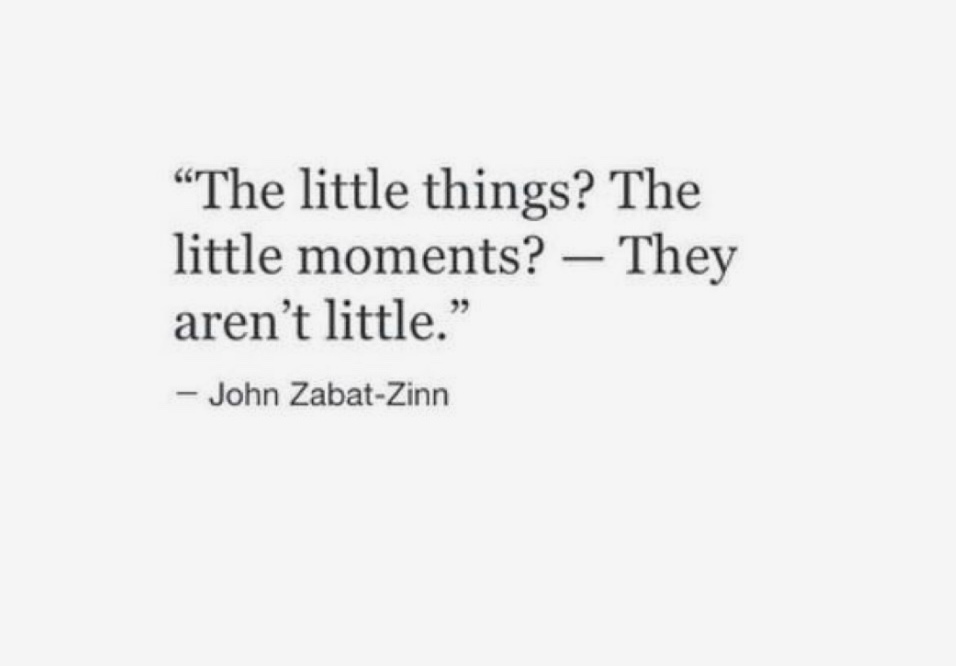 I just can’t get this out of my big old brain and it’s repeating in my head in a repetitive cycle and I’m just really shocked as to what it is and what it signifies. A few people were sharing a clip of Kim Kardashian mentioning the ending of her divorce and her new life as a newly single on their instagram story post and I was completely ignoring it because people tend to repost what’s in the moment but I caught myself and I’m like “hmmm, I wonder what she’s talking about that everyone is reposting, I actually saw the video and in that video she mentioned it’s the little things, it’s the little things that matters.”

She accomplished a significant role within society with her career and built different businesses and created a lifestyle that allows herself and her family to be comfortably well. If everyone had her money we all know what we would’ve wanted and how fast we would’ve run to the closest car dealership, the mall with nice luxury things and real estate agents with the most impeccable houses that we can buy without looking at the budget  She mentioned how the little things are what matters and it’s true because she spent 8 months working out with her sister and her sister’s boyfriend and she felt like a third wheeler. She also felt like she was alone although she was in company.

The little things add up to making the puzzle piece picture come together. Although Kanye West was big with his grand gesture of love in their relationship and marriage, his wife was growing to becoming a different person as he wasn’t understanding because his grand gesture wasn’t the key to her heart, although they made her react with a smile and excitement it wasnt adding up to the solutions they needed within their marriage. All the money in the world can’t buy you the greatest gift to win someone’s love. Much more plays into the world of love and relationships. Love is simple yet requires so much effort. I know you’re like Ashley; they could’ve fixed their issues as a couple with a trip to an island or she could’ve bought herself something to make the feeling of loneliness go away. Both could’ve happened, however this was long gone because you’re supposed to remember the little things you got married for and the little things why you love that person and the reasonings as to why you committed to them. From the looks of it, Kim remembered the little things he used to do for her, however he wasn’t remembering the little things that brought them together as husband and wife. Those little things should be the reasons he fought for their marriage. However he forgot to do the little things that made their marriage unique and kept their love strong and alive for one another yet the problems they were facing were big. It became big, it was growing little by little. They’ve created little things as to why they should be apart, move forward and not be together and work things out. Now Kim was reminiscing as a single parent as to the little things as to why she missed having a romantic partner. No matter their reasonings of little things adding to the bigger picture as to why they aren’t together they are keeping the memories of their marriage alive for their children.

All the money in the world couldn’t save them because other people like you and I go through similar situations day to day in our relationships and marriages. For some it works while for others it does not work There’s this old video of a Jerry Springer episode of a guest coming in finding out her partner was leaving her for another person he barely knows as to being with someone he’s been with for a while. Like the jerry springer guest mentions, it’s the little things that matter. She stated that being with him matters, hugging him makes her feel like she’s floating, just sitting and talking while doing nothing matters, looking at him matters, smelling him along with kissing her feels like nothing can hurt her. She explained and expressed her love for him although he wanted to leave her for someone else.

Little things matter in the present, past and future. I was ready to submit this blog and I saw something that sparked my eye. What caught my eye was watching Nabela’s Instagram story. For those of you who don’t know, Nabela is a social media influencer who went viral for being a youtuber and tik tok pocket of peace content. She was mentioning on her instagram story that she was working on something and as she was working, her husband Seth brought her a snack. Her all time favorite snack. Apples and peanut butter. “It was the little things that matter to nabela” Then, the other day I was listening to music and I saw the title of a song that reminded me of this blog post. The song is called It’s the little things; it’s a Spanish song titled Las cosas pequeñas by prince Royce. Long story short the lyrics are about the little things. I love yous, I miss yous, hugs, kisses, your presence, the little reminders, the little things that matter as to how someone expresses their love to you. There is also a song in English called The Little Things by One direction. The song adds up to the little things that matter from their partner.

With that being said, a regular girl,, along with even kim kardashians and  all the youtube videos, coaches, therapists,  your friends and family will tell you it’s the little things that matter when it comes to their person because there’s even two whole songs and much more based on it, it explains all the things they love about their partner. It’s the little things that they do that makes them think they are perfect within their eyes. It’s all the little things that add up to love them and won’t make them at their flaws and imperfections get in the way of their love. It’s the little things that matter to your loved ones. It can be doing something together like working out, working on diys, eating a meal together.Just being present together.  Other little things are also someone remembering something about you, bringing/buying something you like, their laughs, the way they express their facial expressions. I’ve come to the conclusion that this blog post is about partners and the little things they do that makes everything wholesome. So to think of wholesome little things and moments for those who does not have a partner here are these, the brewing smell of coffee, not having to wake up the next day without a concern of having to wake up early, the first sip of your favorite drink, not having to pay for the bus or train because the machines are broken, someone paying for your food in front of you in a drive thru, being indoors during a rainstorm or specifically snowstorm, enjoying a meal you’ve been craving for, watching the sunrise and/or sunset, having a good hair day, finding parking for the drivers, taking a good nap after a long productive day, understanding the meaning of a book or movie,

My favorite little things are the feeling of warmth from a hoodie, when I wake up and I feel rested in the morning, the excitement I have when I get my Starbucks drink, the warmth a hoodie, when I see my best friend face, my best friend does quirky faces, when we are in synced with thoughts, when my best friend sister and I do a face when she screams or says a funny comment , eating food I’ve been craving, creating content for the blog and youtube channel, listening to music, watching someones face lid up when they are talking about something they love, talking about meaningful topics with an intellectual person, getting my hair done, dancing bachata with family. Love has different little things that add up to your love and relationship with your partners and loved ones. Love also has different little things that defines within ourselves .. In the comments below, tell me what’s your little things that add up to your lovers, loved ones and to yourself. Thanks for the support, See ya on the next one, Toodles, virtual hugs & peace o

View all posts by ashleymerlanie